Sounds like a Rest bar, and a Stamina bar are needed. These are personal resources we need to be aware of and able to manage. Somehow this info should be displayed to be easily available. These are pretty standard in games so I don't think having something visible for them would be a bad thing.

I see the power and O2 bars at the bottom of the screen, perhaps have them turn red when they are getting low. Or fad to red, something like that. They should give enough warning time to get to the hab to power back up. The hab should still refill these when it is turned off. Emergency supply or something like that. An additional warning light with a beep or other sound would be helpful. Think of the low fuel warning light in a car.

Also, there seems to be stamina in the game, as I slow down on speed after a while when I am holding shift down. Some type of stamina bar should be added so we can know where we stand with it.

I may stream this tomorrow night, I believe that is when the cone of silence lifts.

I can get the lights on inside, did it the first 2 games. Just died on the third try while out repairing stuff. No visual or audio warnings about low on oxygen or power. Again, not enough time to figure out which parts need to be repaired or replaced. I was making progress, repairing all the slots takes a long time!

Having more time is a must. If I was streaming and talking to people then I would never be able to get this done. LOL

The oxygen runs out too fast. I would say increase the length it lasts at least three times, if not four. I have had it refill when going inside so that works, when the power is on and that system is operational. I have gotten this to work, but then everything turned off and I ran out of oxygen before I could figure out what needed to be fixed. Perhaps adding a difficulty setting would help. You could still have a super hard game, but allow it to be playable by more casual players who just want to play the game without having to stress about having to do things super quickly.

How about adding several of each part as spares inside the habitat? I found one part, but more would be better it seems.

Thanks for the quick reply. Oxygen should be refilled when I go inside so we can have time to figure things out. Osiris comes to mind for an example of this working well. Also, as an astronaut, I would of had training on all of this. But I understand your wanting the game to be harder. Perhaps the option to get help when stuck? Not everyone enjoys fumbling around for hours trying to figure things out. Especially when the game is killing you and making you start over.

Why did power go from almost full to nothing? Was there some system failure to explain this? It was not obvious.

If you want to make the game hard to 'figure out' then ok, at least let us refill oxygen so we have time!

Your suggestion of adding more tutorial elements to help steer us in the right direction sounds good! 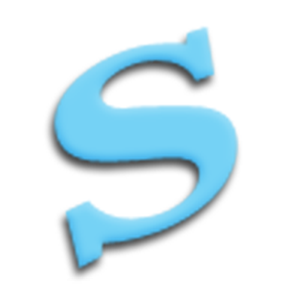