That does seem unusually slow. I have a 2013 Macbook Pro that I use for testing and I'm able to get a relatively stable 30 fps on Fastest graphics settings with Lighting Effects and SSAO/SSAA turned off. I know it's not fun to have to play on the lowest possible settings, but this game has never really targeted laptops as a system spec. Unfortunately, when it comes to Mac, laptops are much more common than desktops. If you are not able to get at least 30 fps with everything turned off/set to low, then perhaps there is something else going on that we would need to investigate.

Interesting. That might prove my theory since the hab interior has no sloping ground so you would not be "pushing" yourself into any geometry. I will research this more.

headlamp outside of suit

It's not really a bug, since I do want the player to be able to illuminate the interior of the habitats. The power can go out and you will need some visibility to get around. Obviously that doesn't make a ton of sense with your helmet being off, but perhaps I could just change the shape of the beam to look more like a single flashlight beam while inside instead of the three headlamp beams?

Good catch. Somehow I overlooked this. Will change this in probably the next update.

Hmm, I am unable to recreate this issue. My run only gets disabled when my stamina is depleted. Perhaps you may be noticing that your velocity is impacted by the slope of terrain or rocks you are traversing? If you are running/walking uphill your velocity is reduced and if you are running/walking downhill your velocity is increased. If you move between drastic slope changes you might perceive a noticeable movement speed change. One way to tell for certain is if the run breathing sound effects continue. The run breathing sounds will stop if your running is disabled (either because you stopped holding the run key or you deplete your stamina).

You may have just run out of stamina. I need to find a way to visually represent your stamina in a way that feels realistic. Right now it's kind of a hidden stat.

Cool. Thanks for confirming that you could reproduce this issue. I'm pretty sure it has something to do with the initial movement vector slightly pushing you inside of the ground geometry without enough time to push you back out before you press the input again. It might take me a while to implement a fix. 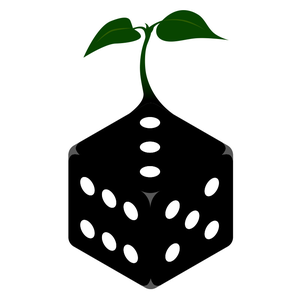